The website is beautifully designed and the invitation “I want to show you something special. Don’t keep me waiting. Come inside…” is such a simple and fantastic play on words that makes you want to be a member and get lost in the all the beauty and sexiness that the site has to offer. And the amazing thing is that she is really something special. Before paying to join the community, you can browse through the page and see snippets of very sexy pictures and videos of the model in different states and levels of undress, you also get to know Molly A on an intimate level as she lets everyone know a bit about her background and her likes. To be a member of the mollya.co-community, all you need to do is click the red icon on the far-right corner and join. You get to pick a username and there are three membership packages so you don’t have to break your bank experience all the beauty that Molly A has to offer her fans. Members of the site have access to all her sexy photographs, video archives and are afforded the opportunity to sex chat with the host. Members also have the opportunity to spoil the host by tipping her and in return, she writes and sends a personal love letter to the gift giver. There is also an events calendar where members get emails and notifications for upcoming shows so that you don’t miss out on all the fun and you get good value for your money.

This site is a beautiful place for all Molly fans because it is a great opportunity to experience the beautiful host at her sexiest and naughtiest.

It is an amazing live sex chat site for fans of Molly A. If you do not know Molly or are not a fan of Molly, it would be ludicrous to pay the membership fee to watch her full videos and chat with her when there are numerous webcam sites that host many hot models/ performers. For a solo site, this is top notch. 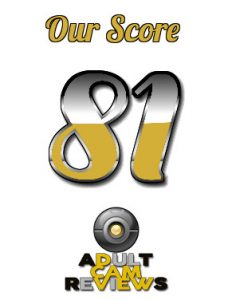